A Few of our Favorite Things

Garnish Got a Glo Up

Each one of our team members means the world to us. Our team is the core of everything Garnish and we are so blessed to have such amazing people that make up our crew. We wanted to take the month of December to introduce you to each one of our team members in a new light—their Love Story with Garnish. Each story of how our team came together is a little different so we’ll be sharing both their perspective and Candice’s on how they came to be a Garnish stylist. This week’s feature is our OG, Niko.

Niko’s love story starts with a keratin treatment class several years ago. Niko was 19, a fresh new stylist, and she told us, “Candice walks in looking fly as hell. I told her she was so bad, then felt so stupid afterwards for telling her that.” Niko spent the whole class asking all the questions, wanting to assist whenever needed, and just trying to get to know Candice as much as she could. After the class they became Facebook friends.

Niko would occasionally see Candice around town and “get all weird because it’s Candice Motley!” and THEN she saw on Facebook that Candice had opened Garnish. While that was cool, Niko just knew she would never work outside of the downtown area. But she was also working in a space that wasn’t inspiring, and she knew her time there was coming to an end. The exact same week she got into a heated discussion with her boss, Candice reached out to her on Facebook and said she had one space left in her salon and thought Niko would be a really good fit. Candice invited Niko to lunch and if you know Niko, she is always down for a meal. She thought Candice was super cool, but even before they met up she had already decided that she wouldn’t work at Garnish.

When they sat down, Candice asked Niko about what she was currently struggling with within the industry. After Niko shared, Candice told her she thought she could help with those struggles and invited her to come look at the space. Still not sold, Niko stopped by the salon… and the rest is history. She smelled the smells and saw the things and felt the space and knew this was where she was supposed to be. A week later she brought all of her clients over to Garnish.

Niko shared that when she first got to Garnish she was the baby of the salon, but so fired up for her new salon home. She poured her heart and soul into Garnish, and she found that by doing so it pushed out all the negative people in her life as she filled herself up with all the positivity. At the beginning, she didn’t know if she would make it at Garnish because it was just so much more than she was used to, but with Candice’s encouragement and support she made it through. Every year since has brought something new. Her first year she built up a solid clientele, her second year she started learning extensions, and her third year Garnish transitioned to be extension exclusive.

In Niko’s own words, “Being with Garnish (if Garnish was my man) has forced me to elevate. It has brought me so many amazing people—everyone I’ve worked with I’ve loved. It’s brought out the best in me, has forced me to rise to the occasion, and I feel like I’ve grown up in the past 4 years. Everything that has been promised has come true for me. I’m so thankful to be in this space and to really have said yes from the beginning. It has molded me into the person I am today and I love the person that I am today.”

When we asked for Candice’s side of the love story, she immediately said, “I knew that Niko was coming as soon as I invited her in to see the space.” Her love story with Niko through Garnish has become a really incredible friendship, and truly someone that Candice just fell in love with. Niko’s work ethic and how she was able to rise to any occasion made her such a pivotal part of Garnish. Even four years later, they communicate so well, and make a really great leadership team for the salon. Niko brings something so magical to the space.

Candice told us she is so proud of Niko for going through everything she’s been through and changing so much in her personal life to show up differently in her professional life (because the two things are married together!) We’ve been so excited for new role as she has stepped into management this past year. Candice said she can’t wait to keep seeing her grow, and keep seeing her say yes. Through all the change, Niko has stayed open, humble, grounded, and on top of everything and there’s nothing that is thrown at her that she throws away. Candice said, “I’m excited to see her career blossom. I don’t know where Garnish would be if it wasn’t for Niko. This is a scenario where both sides win, both people win, both spaces are better with that person than without. All the effort she puts in, she gets back from Garnish. Pretty much, we’re in love.”

We can't believe February is here already and we c

Self care is the 2023 love language Come by the s 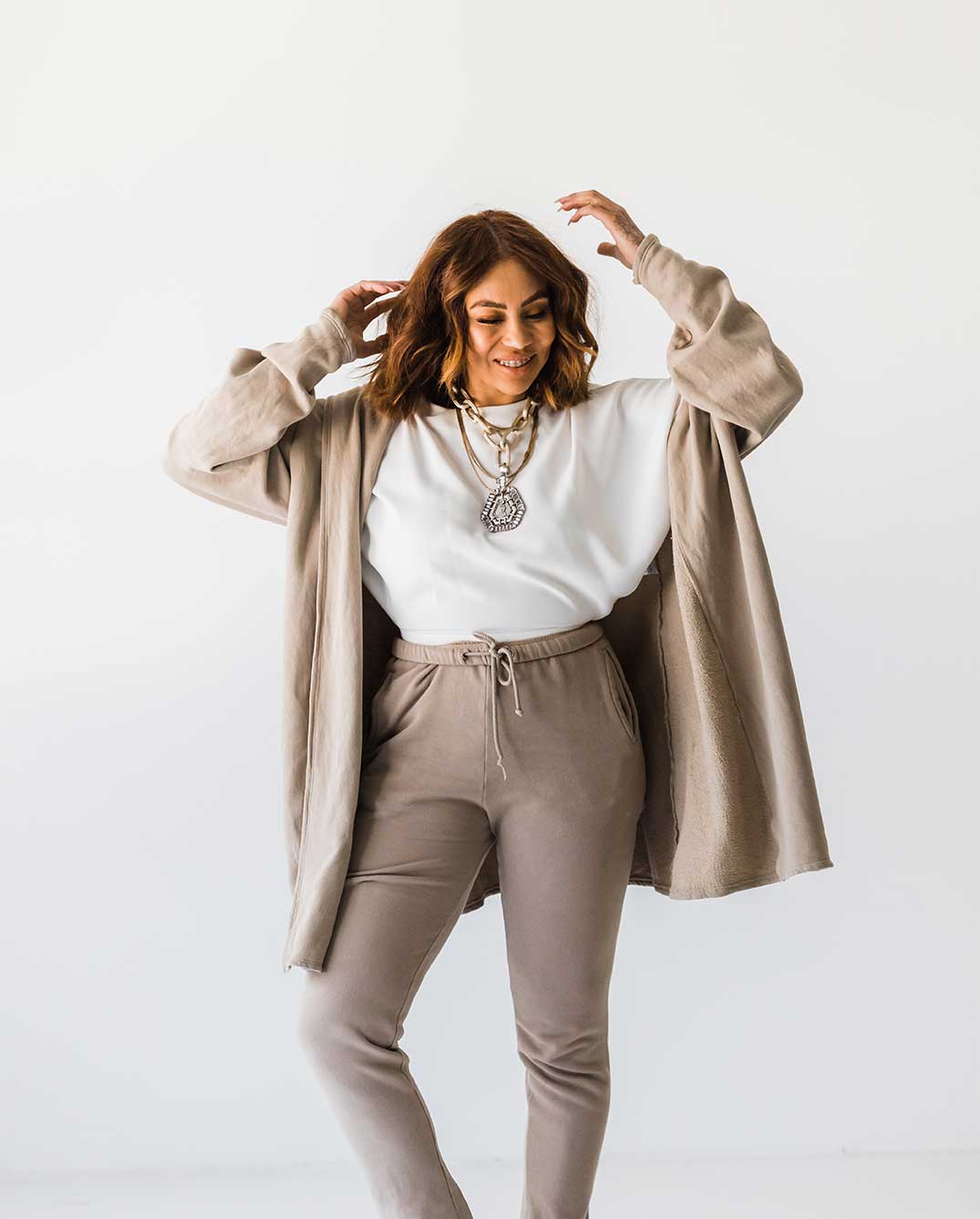